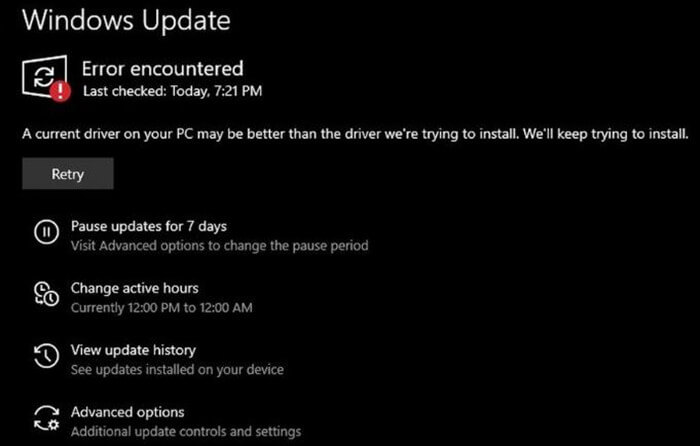 According to Microsoft’s design, Windows 10 will automatically retrieve and update drivers via Windows Update by default. Driver update loop is a common and frustrating issue with Windows 10, which could be caused by Windows Update cache or a bug with the installed drivers. It has been around since the early days of Windows 10 version 2004 (also known as Windows 10 May 2020 Update). More users have reported this issue over the last few days.

If you are one of the users who are affected by the driver update loop issue after Windows 10 version 2004, don’t worry. You can try to get rid of it by disabling driver updates in Windows Update. Here are the detailed steps for your reference.

There are several ways to do this. Just choose one of them.

To troubleshoot the driver update loop issue, this is the first method you can try. Take these steps:

Step 4. Double click on the “Do not include drivers with Windows Updates” policy in the right pane.

Step 5. Select Enabled and click on OK to save the change.

If method 1 doesn’t work or if you think it is too complicated, this method would be your saver. It is the easiest and fastest way to disable driver updates in Windows Update by far. Do as follows.

Step 2. Launch Driver Talent and get to the Settings section. Then click on Drivers. 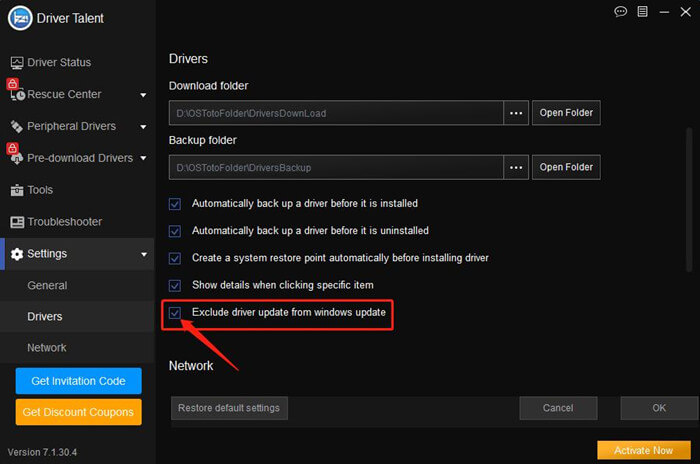 Pretty simple, huh? Please note that this option only disables automatic driver updates for Windows 10 and the Windows Update feature will not be affected.

In addition, Driver Talent is a professional and powerful Windows driver updater tool that can help you quickly download and update all drivers to keep your computer running properly. After disabling the automatic driver update function with Windows Update, it is highly recommended that you keep Driver Talent on the computer to better manage your device drivers.

That’s it. If you have any questions about how to fix the driver update loop issue after Windows 10 version 2004, please leave your comments below. Any advice or comments would be greatly appreciated.