Two main reasons for the blue screen after installing the sound card in the computer:

Reason 2. The pirated program and sound card driver was downloaded by mistake. In order to simplify the files to increase the running speed of the system, the author generally simplifies the things that are not commonly used, but it does not rule out the occurrence of human-made simplification errors. If some necessary DLL. files are simplified, certain files will be installed in the system When installing the driver, a problem occurs because the corresponding DLL. file cannot be found, such as a blue screen or restart after the computer system installs the sound card driver.

If you has installed a new sound card driver and the following issue is blue screen, there is no doubt that the new driver causing this problem. You need to rollback the installed driver to a former version.

Recommend a third-party software that is the most convenient way to scan driver problems and automatically update drivers ---Driver Talent. Especially for those who are not familiar with computer system, program, and setting.

Driver Talent can solve 98% of drivers problems including but not limited to update, back-up, restore, pre-download, ect.

Once launch Driver Talent, users can check the computer driver’s situation for only one click, and it will show all drivers on the list.

What is more, Driver Talent provides various different free versions for download, which means users can download the version they need instead of download the newest drivers.

In this way, you can choose a former version of sound card driver.

1. Press WIN+X at the same time, and Enter into Device Manager

5. On the Driver Tab, select Rollback Driver, and press OK

Then, restart the computer and see if the blue screen problem is resolved. 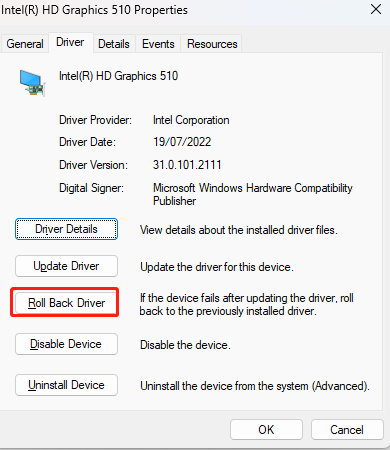 From Reason2, the sound card driver automatically downloaded by the system may not be suitable for the computer. Before you update the driver, you should uninstall the original driver completely.

If you feel troublesome to search everywhere for a solution, then download Driver Talent to help you.

With this software, you can update outdated devices and back-up as well, as restore the drivers as you need. In order to avoid driver problems in the future, you can also reinstall the problematic driver immediately, So that you do not need to check what is going on with computer drivers and update them manually.

It is also available for Windows 11, Windows 10, Windows 8, and is also suitable for desktop as well as laptop computers. 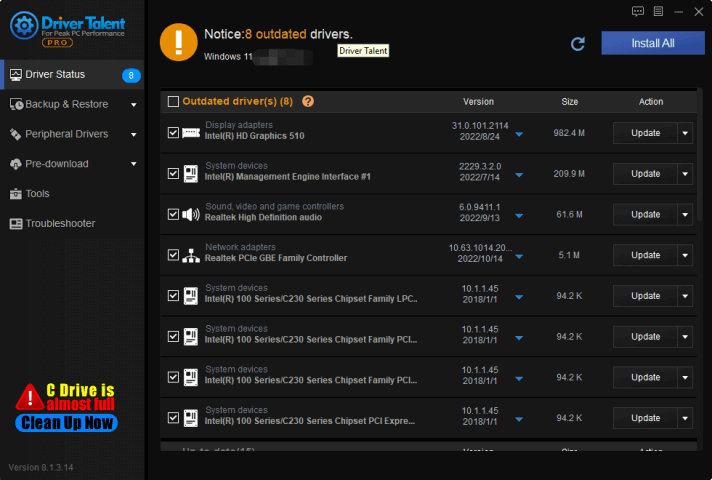 If you want to update driver by yourself, please follow the below steps:

1. Press WIN+X at the same time

4. Select drivers which need to be updated

6. Restart your PC for the changes to take effect 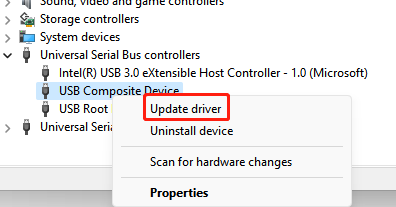 In addition to driver problems, it may also be that the system needs to be updated, or that some software has been downloaded and the program conflicts, resulting in a blue screen of the computer.

1. Press WIN+I together, get into the Settings