How to Fix AMD Issues after Windows 10 Creators Update

“After installing the new creators update I always had crashes when starting games. I use two R9 290X in Crossfire. This happened also with GRW- when starting via uPlay it loaded the Cloud-Data and the small starting-image was shown, then black screen and- nothing. Couldn´t even switch between applications or open the task manager. ”

How to fix AMD Problems on Windows 10 Creators Update

Since AMD has released a new set of AMD Crimson ReLive drivers, like Crimson ReLive 17.4.2 driver and Radeon Pro Software Beta 17.4.2 driver for the support of Creators Update, you could update your AMD driver to the latest version via the AMD official website. Or you are also able to troubleshoot AMD driver issues for Windows 10 Creators Update with a popular driver update and management tool.

Step 1. Navigate to AMD driver download support page. You could take a look at the Latest AMD Drivers and Software list, including AMD drivers & Software for Radeon, FirePro, APU desktops and laptops on the right side of the page to find out whether the driver you need is available. 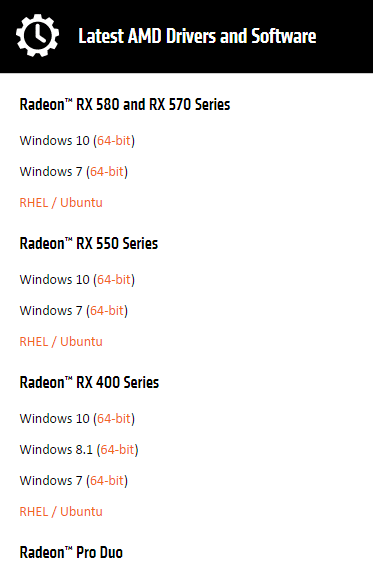 1) Auto-detect: Click DOWNLOAD NOW button to automatically detect and install the available drivers. This trick applies to those who equipped with AMD Radeon™ discrete desktop and APU graphics. 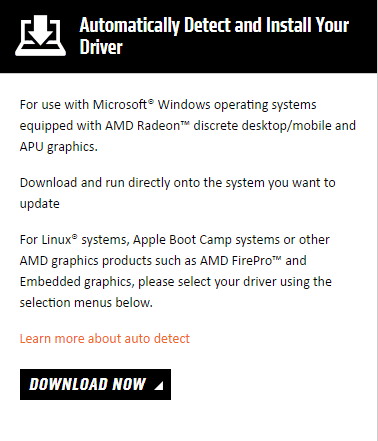 2) Manual-download: You can also choose manual download. To do so, use the drop-down menus below to identify your AMD graphic hardware and operating system you want to update and then click DISPLAY RESULTS button. 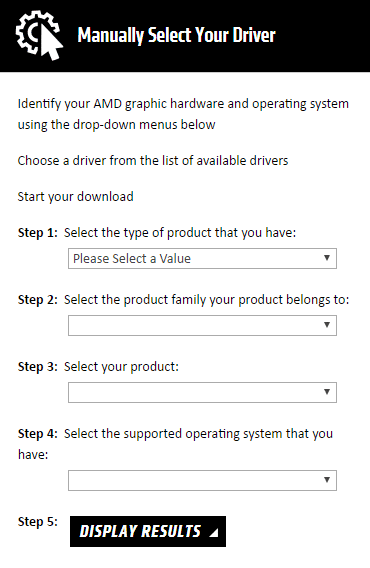 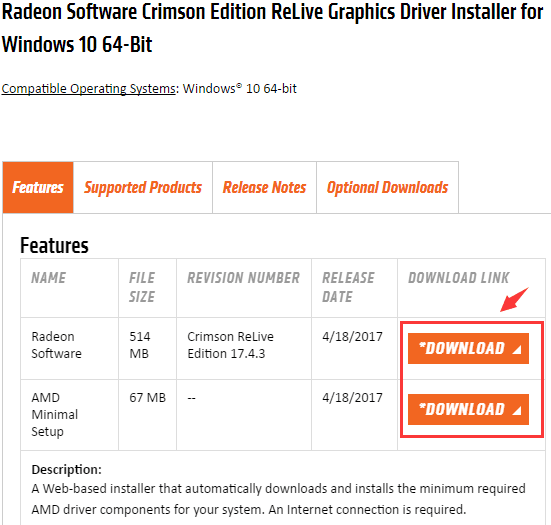 If you have no idea which exact driver you need to update, you can count on Driver Talent, a trusted driver update utility favored by millions of people worldwide.

Click the button below to get Driver Talent and update the AMD driver within minutes to resolve AMD bugs after upgrading Windows 10 Creators Update.

Note: In case you may need to roll back to a previous driver version later, you’d better back up drivers before this step.

According to users report, disabling the Xbox Game DVR feature help to eliminate Windows 10 AMD freezes bug as well, you can give a try.

Step 1. Click Start menu to open the Xbox app. (It is pinned in there by default. You can also open it through apps)

Step 2. Sign in and then go to Settings to choose GameDVR.

Hope this post could be helpful for you to get rid of Windows 10 Creators Update AMD issues. For further assistance, please leave us comments below or discuss with us in our OStoto official forum.