Microsoft announced a new streamlined experience for pairing supported Bluetooth devices for Windows 10 version 1803. The idea was simple - if a supported device was nearby and in pairing mode, there would be a notification that prompted you to go through pairing. This saved you from opening Settings yourself and finding the right place to go. Today, here’s an update with some improvements:

This new experience is currently rolled out to 50% of Insiders. Supported devices include:

Microsoft is working on making it easier for you to see all optional updates (including drivers, feature updates, and monthly non-security quality updates) in one place. Once optional updates are detected, they will be listed in a new page under Settings > Update & Security > Windows Update > View optional updates. For drivers, you no longer need to browse Device Manager for a specific device to update. Windows Update will automatically keep your drivers up-to-date, same as before, but if you’re having a problem one of those optional drivers might help. 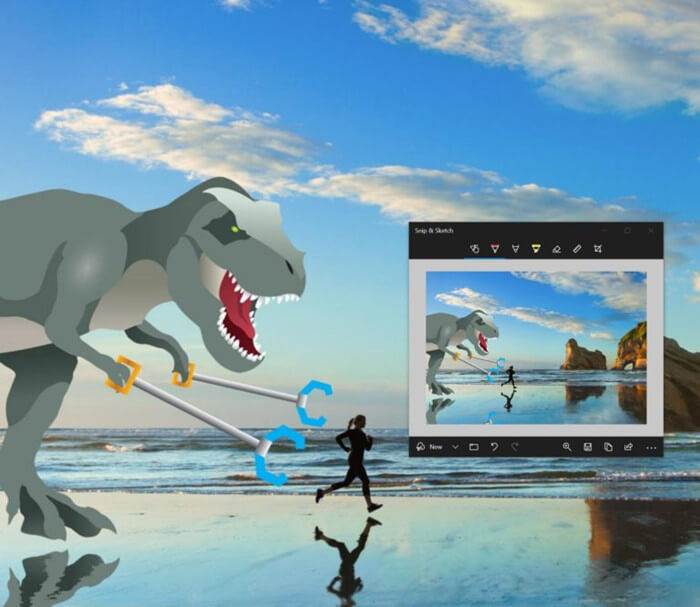 Now Microsoft is starting to roll out Snip & Sketch version 10.1907 to 100% of Insiders in the Release Preview ring. This update includes two notable improvements:

Single window mode: Some of you prefer your previous snip to close when you click New in Snip & Sketch, so you don’t end up with a bunch of windows. Going forward, this will be the default option. If you liked having multiple windows, there’s still an option too in the Snip & Sketch settings.

Zoom support: You can now zoom in on your screenshots if they’re a bit too small for you to annotate on (and yes, touch, CTRL + Plus, CTRL + Minus and Ctrl + Mouse wheel are supported). If you prefer keeping a small Snip & Sketch window, you can also zoom out to ensure the whole snip fits in the Snip & Sketch window.

Above is the change log of Windows 10 Insider Preview Build 18985 (20H1). If you are Windows Insiders in the Fast ring, you can get it through Windows Update now. To get more information about Windows updates, please visit the Windows News section on this site.