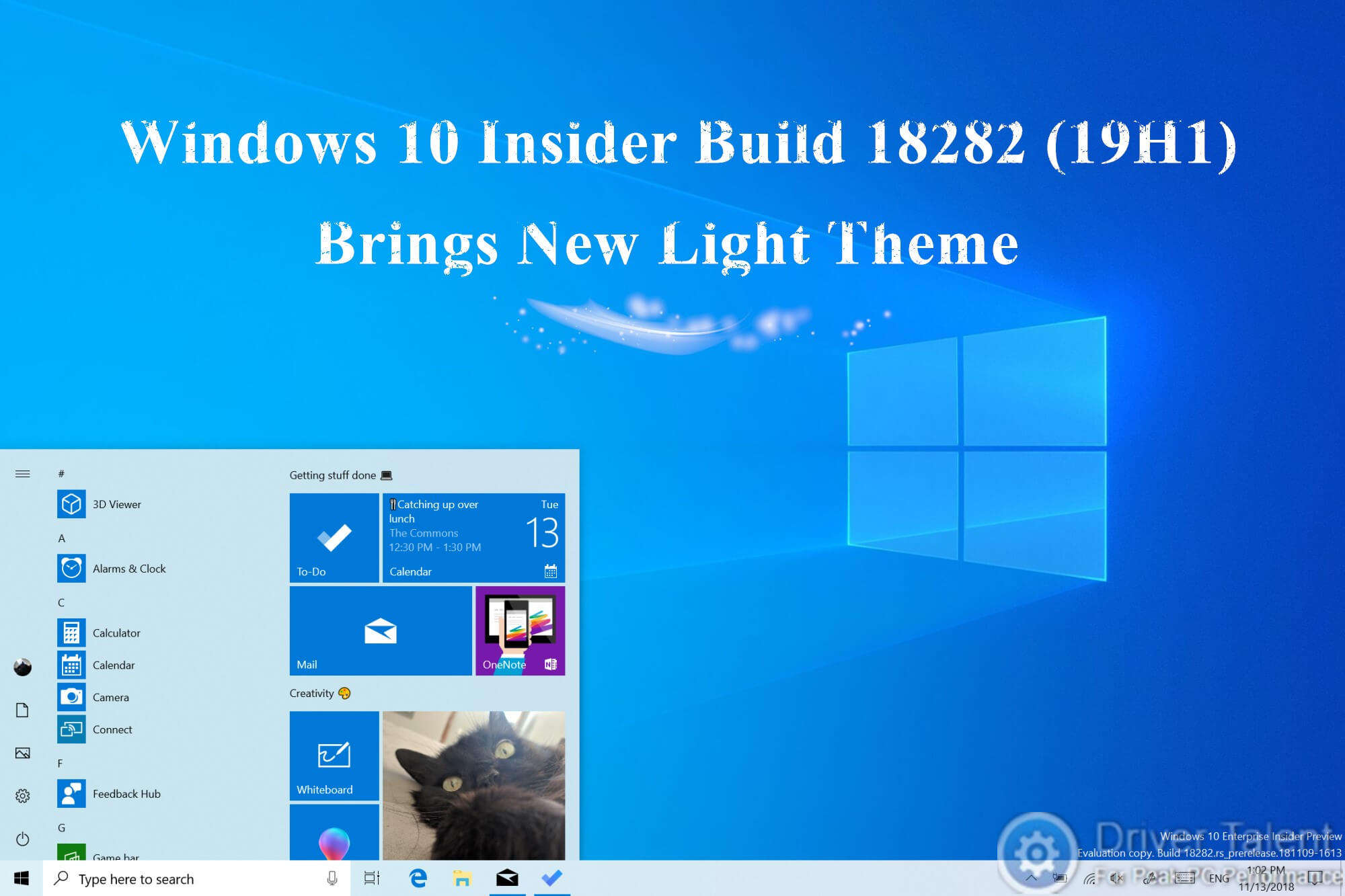 Microsoft has rolled out Windows 10 Insider Preview Build 18282 (19H1) to insiders in the Fast ring. This build is the development branch of Windows 10 19H1 that is expected to be released in the spring of 2019.

As usual, there are also a series of improvements and new features brought by Build 18282. One of the highlights is the brand new Windows Light Theme. Now let's take a quick look at what’s new in Windows 10 Insider Build 18282 (19H1).

Below are the main improvements and new features in Windows 10 Insider Build 18282 (19H1). 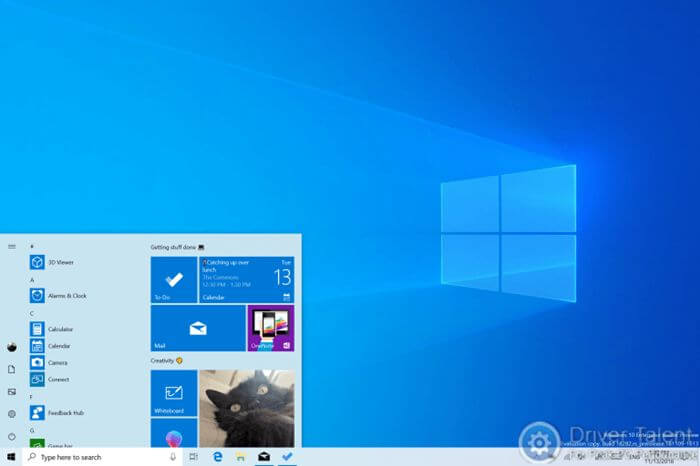 As mentioned before, there has already been dark theme for File Explorer in Windows 10 October 2018 Update. And in the past, when you selected the light theme in Windows Settings, the taskbar and many other things like Start menu, Action Center and touch keyboard stayed dark. But it's different this time. Now, if you are in the brand new light theme brought by Build 18282, all the system UI including the taskbar, Start menu, Action Center, touch keyboard, and more will be light as well. Besides, a new default wallpaper is added to fit the new light theme. And your system color won’t automatically change to the new light system color any more if you update to this build. The choice is up to you. What a cool feature! 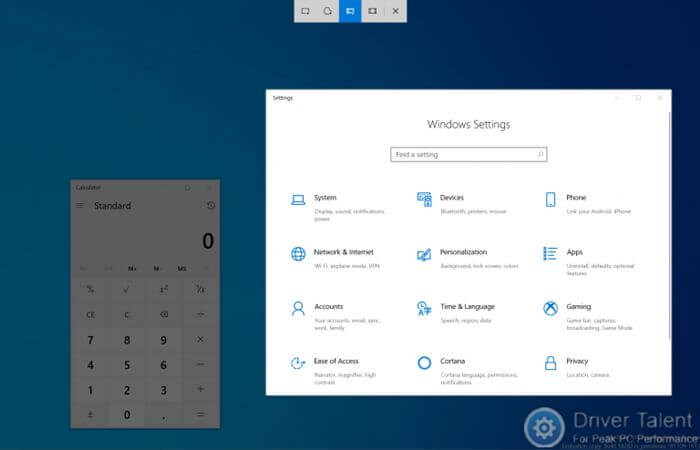 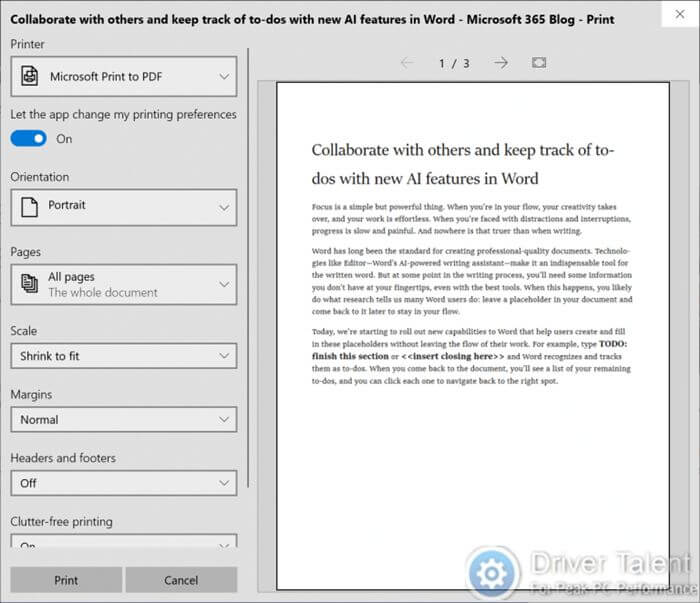 If you are in Windows 10 Insider Build 18282, you may notice these improvements when printing: 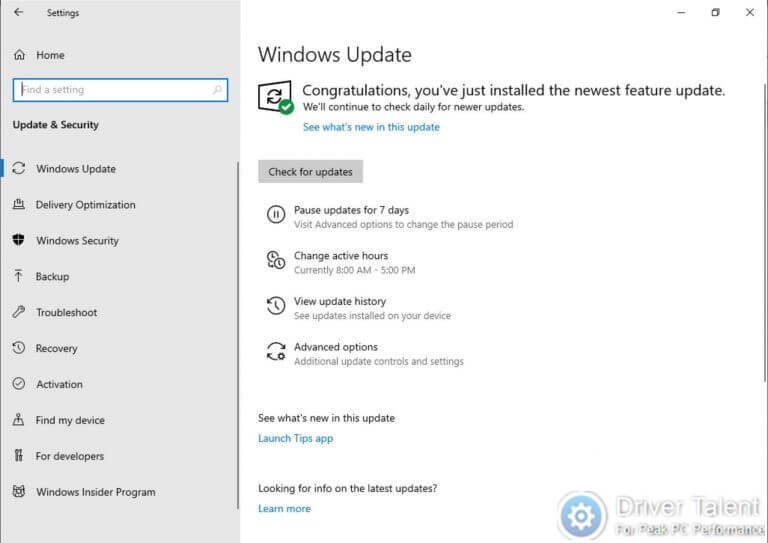 In Build 18282, the Pause Updates feature will be much easier to be found. You can see it on the Windows Update page now. Pause can be enabled for either a pre-defined number of days or until the specific day (The day selector is available on the Advanced options page). 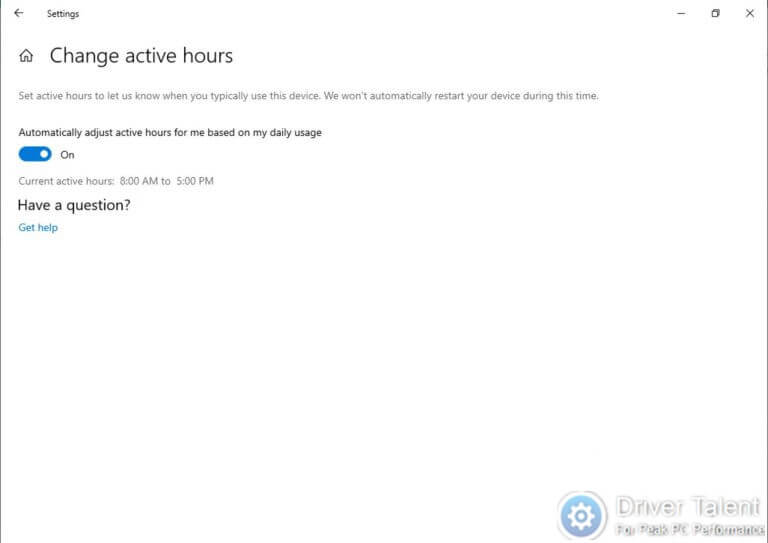 In addition, Windows can automatically adjust active hours for you based on your device activity now. You just need to turn on this setting on the Change active hours page. And the reboot will not disrupt your productive time.

When the power supply of your device was transitioned from a battery charger to battery power, the display would be brighter in the past. But now, in Windows 10 19H1, this will no longer happen. Once you adjust your display brightness, the brightness will be remembered as your preferred brightness whether your device is on battery or connected to a charger. This will not affect your battery saver mode settings. If you choose to lower the screen brightness in battery saver mode, your display will still dim when the battery is below the threshold selected. 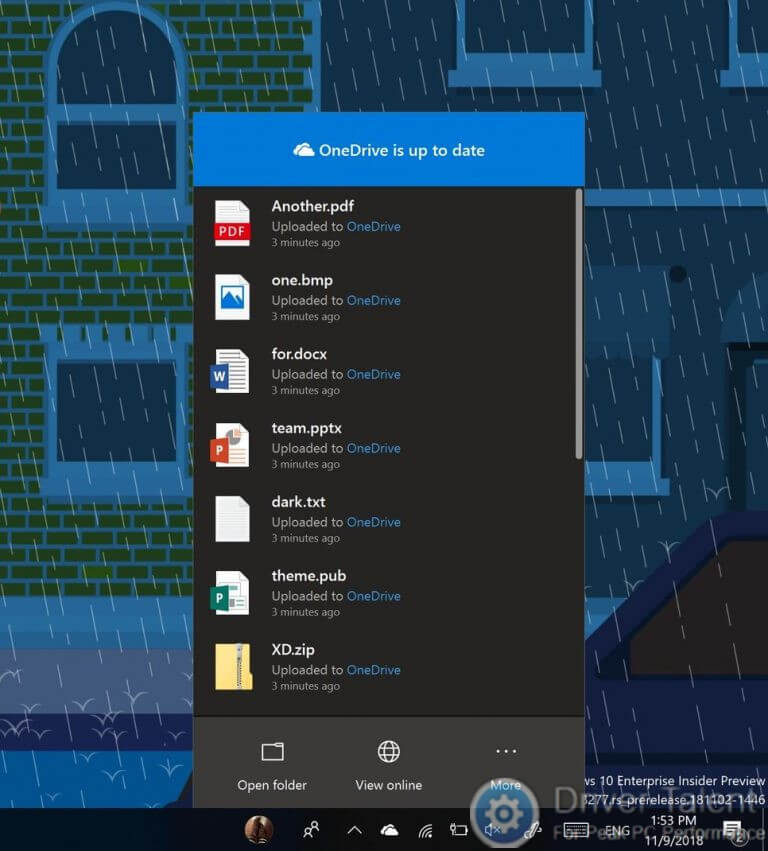 In Build 18282, the OneDrive flyout will be dark as well if you are in Dark mode in Settings.

For more information about the Build 18282, you can click here to read the entire release note in Windows Blog.

Last but not least, if you are prepared to install the Windows 10 Insider Build 18282 (19H1), don’t forget to create a system restore point in Driver Talent before you do it. Then if your computer runs into issues after the installation, you can quickly roll back your computer to the previous stage. You’d better back up all your drivers with Driver Talent as well. For more fixes to Windows 10 update issues, you can access to the Windows 10 section on this site.