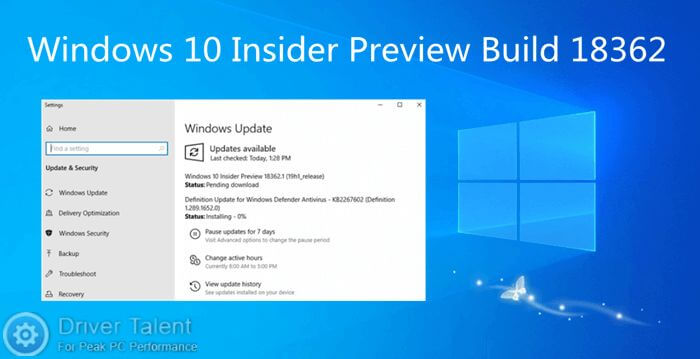 That's all about the Windows 10 May 2019 Update Preview Build 18362. If you can't stand such a high update frequency, it's better to switch to the Slow ring. The update frequency will be relatively slow.

Last but not least, don't forget to create a system restore point in Driver Talent before installing the now preview build. Then if your computer runs into issues after the installation, you can quickly roll back your computer to the previous normal stage.

More news about Windows 10 May 2019 Update can be accessed in the News section on this site. We will continue to follow up and update. If you need further assistance, feel free to leave your comments below.