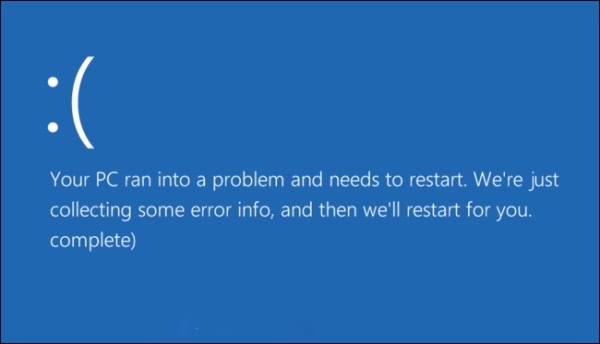 The blue screen after Windows 10 Update issue is often driver related. You could use Device Manager to update drivers for your devices, which is a pretty time-consuming process. Besides, Windows itself may not find a new compatible driver for you. Alternatively, you could apply a professional driver download and update utility tool like Driver Talent, which enables you to download and install the best-matched device drivers for your computer in minutes to fix the Windows 10 Update blue screen problem.

Follow the 3 easy steps below to automatically download and update device drivers for Windows 10 Update with Driver Talent.

Launch Driver Talent and make a full scan of your PC to identify problematic drivers.

One-click “Repair” to fix those outdated, corrupted, broken or missing device drivers, including display drivers and other hardware drivers. You are also allowed to one-click “Update” to keep all your device drivers for Windows 10 Update to the newest version. Don’t update what ain’t broken except graphics drivers.

Reboot your PC to make all device driver updates take into effect.

Note: It is strongly recommended to make a backup of your drivers prior to installing new Windows 10 Update drivers to prevent driver crashes.

Apart from being a drivers download and update utility, Drive Talent offers other premium features, such as drivers restore, system restore, drivers pre-download for another PC, hardware detection, etc..

3. Replace Your Memory or Hard Drive

The bad memory chip or hard drive could also result in the Windows 10 Update blue screen problem. You could perform diagnostic tests of your system memory and hard drives. You could use the built-in Windows Memory Diagnostics Tool to diagnose whether your memory goes bad. To test the hard drive, you could use Microsoft’s Error Checking, which could scan your hard drive to identify a range of errors. If tests fail, you need to replace your memory or hard drive.

If you know any other methods to fix the Blue Screen after Windows 10 Update issue, make sure to share with us in the comments section below.