Los Angeles, Calif. - Jan. 25th, 2019 - The software giant Microsoft announced releasing Windows 10 Build 18323 (19H1) to the Windows Insiders yesterday. Now it is available in the Fast ring. The focus of this build is to bring improved support for the RAW image format. It is now possible for photography enthusiasts to view this image format directly. Curious if there are any other new features or improvements in Build 18323 (19H1)? Read on to learn more about it. 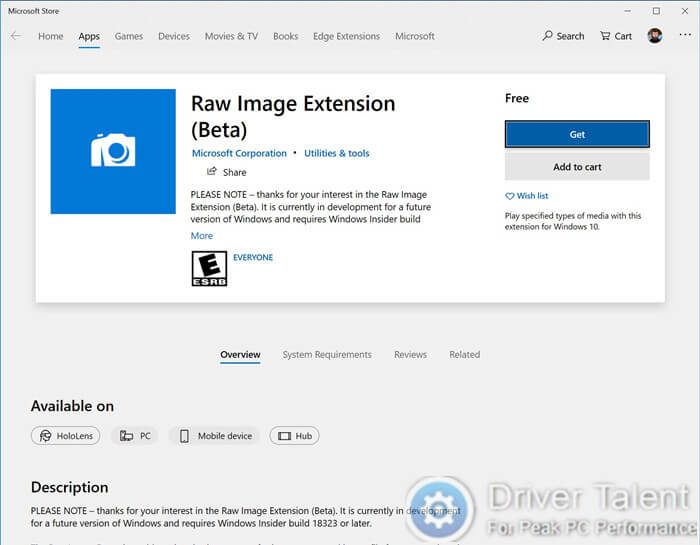 If you like taking pictures in RAW image format, this should be good news for you. In Windows 10 19H1 Build 18323, you are able to view image thumbnails, previews, and camera metadata of previously unsupported raw files right in File Explorer as well as viewing your raw images at full resolution in apps like Photos or any other Windows app that uses Windows Imaging Component framework to decode raw images. But the premise is to download and install the Raw Image Extension (Beta) package from the store.

Note: To install the Raw Image Extension (Beta) package, Windows 10 19H1 Build 18323 or later is required. Click here, and you can get the current beta package directly.

However, there are also some known issues:

The new Light Theme has already been introduced in Build 18282. And in Build 18323, there are some improvements to it:

For more information about the Build 18323, you can click here to read the entire release note in Windows Blog.

Last but not least, if you are prepared to install the Windows 10 19H1 Insider Build 18323, don’t forget to create a system restore point in Driver Talent before you do it. Then if your computer runs into issues after the installation, you can quickly roll back your computer to the previous stage. You’d better back up all your drivers with Driver Talent as well. For more fixes to Windows 10 update issues, you can access the Windows 10 section on this site.