This KB4038788 patch aims to fix many known bugs, say the start menu malfunction, color profile keeps resetting error, file explorer not working and more for the Windows 10 V1703, Build 15063.608 and previous updates like the KB4034674, released last month, August 8th and enhance the system’s stability. While on the other side, it also brings a host of issues such as the Windows getting a black screen after login, PC slow, BSoD, install stuck etc. Let’s take a comprehensive look at the changelog of Windows 10 KB4038788 update and its consequent issues: 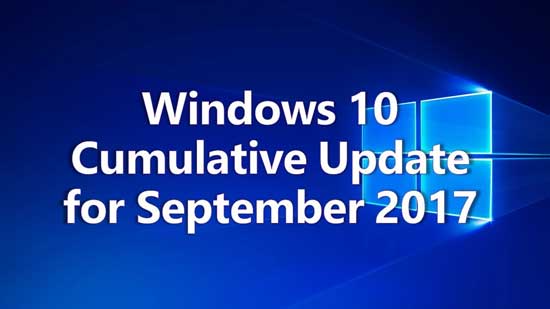 KB4038788 update includes no new OS features but the improvements and bug fixes as below:

You can get this cumulative update through the Windows Update:

1. Click the Start and then type Windows Update to open it.

4. Following the on-screen instructions to complete the update.

You are also able to download KB4038788 update via Microsoft Update Catalog.

2. Download the .msu file according to your Windows OS type.

3. Locate the folder where you’ve saved the file just now.

4. Run the .msu file and follow the on-screen instructions to install the KB4038788 update.

After several PC Restarts, you will complete the install, and then you can check what the KB4038788 patch fixes.

Back Up Drivers and Update Drivers for Windows 10 KB4038788 Update

It is recommend to back up important drivers before upgrading to any Windows OS to avoid driver-related computer issues like video stuttering, AMD errors, bluetooth issues etc. since device drivers sometimes can be incompatible with the new OS. You can use Driver Talent to do so, a professional driver manager which is trusted by over 3,000,000 users, 200 countries and areas. Click the botton below to get Driver Talent directly.

1. Click "Scan" to make a thorough detection for all the Windows 10 drivers installed on your computer.

2. Turn to the Backup menu in the left pane. 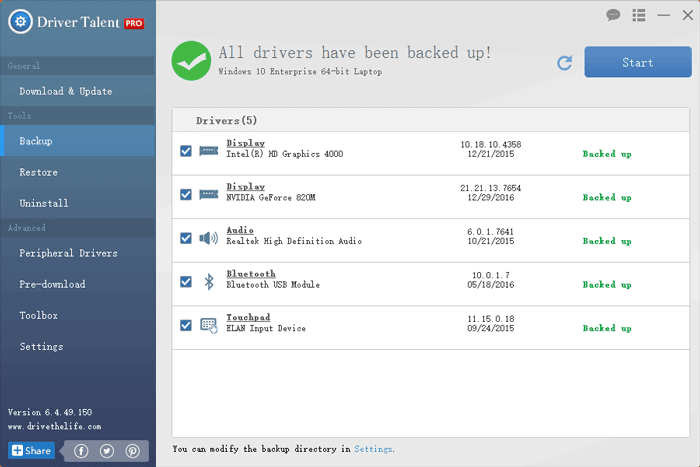 3. Tick the drivers you want to back up and then click "Start" to proceed the backup.

Note: If there are incorrect drivers installed on your Windows 10 PC, they will be listed after the "Scan". You can select either Repair or Update to get the proper drivers.

Many issues also pop up after the KB4038788 Update, below are some main bugs.

If your computer becomes lagging or extremely slow after installing the KB4038788 download, you may like to refer to the posts: Fix PC Slow on Windows 10 Creators Update and Fix Windows 10 Mouse Lagging/Freezing/Stuttering.

If Microsoft Edge keeps crashing in the KB4038788 Update, you could have a look at the post: Fix Microsoft Edge Not Working on Windows 10 Creators Update

If you have any doubt related to Windows 10 KB4038788 download or update, leave us comments below. You can also click the SUPPORT BUTTON on the left of this page or turn to our OStoto official forum for further discussion. If you get Windows driver-related issues, see Driver Issues and Fix. For Windows 10 specific problems and methods, check the Windows 10 Common Errors column for troubleshooters.