In this case, it seems users have installed the update but they still notice the error 0x80070643 in Settings. And some of them get random restarts due to the Windows update in December 2017.

This is a widespread problem which affects all computers running Windows 10 Fall Creators Update (v1709). Luckily, the Redmond giant rolled out another new update to save those machines. Earlier than usual, the Cumulative Update KB4056892 (v1709 Build 16299.192) was released on Jan. 3th, 2018, fighting against the Meltdown and Spectre Intel CPU security vulnerability.

Another Crashes Wednesday? Maybe. Some users has reported that computers with older processors will run even slower after installing the update.If you don't want to experience one more reboot loop, PC slow issue, high CPU usage problem, no WiFi available error or other bugs due to the latest Windows update, you can see How to Disable Automatic Windows 10 Update for solutions.

Read More:How to Disable Windows Update on Windows 10 on a Laptop

Generally, you can follow the top 3 methods below to back a more stable Windows 10 OS build or get rid of the error 0x80070643:

System restore helps to roll the Windows OS back to a stable state of a previous point. You won't lose any of your personal data except for drivers or other applications installed after the restore point was made. If you encounter the error message 0x80070643 during installing the Cumulative Update KB4054517 for Windows 10 version 1709, and if you've created a system restore point, then you can roll back the system to an earlier date.

If you're looking for steps to make it, see How to Use System Restore to Fix Windows 10 Issues

It is irritating to get the random reboots every day, but there's no system restore point on Windows 10. In this case, you can remove the KB4054517 update and back to the early state, which may be in 16299.15 or a lower OS build like that.

2. Type into appwiz.cpl and hit the Enter to open Program and Features. 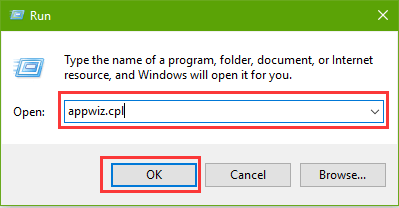 3. On the left side, click the View installed updates. 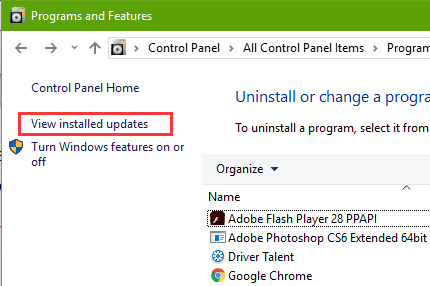 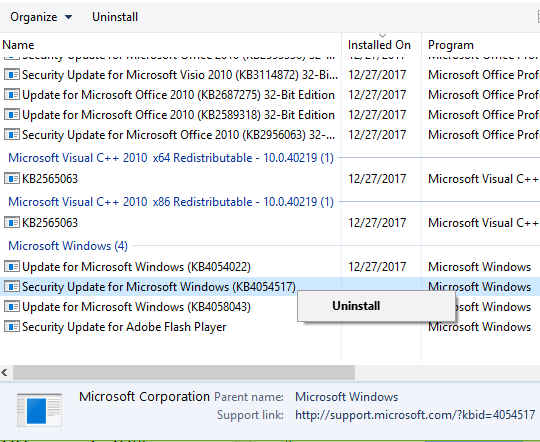 Then you'll back to the early status of Windows 10. To ensure the high-performance of the computer, it is recommended to install proper Windows 10 update.

You can also try installing the latest KB4056892 (OS Build 16299.192) update which has been released on January 3, 2018. This update, also called Post Meltdown patch, was released due to the recent disclosure of vital vulnerabilities in some CPUs. If your computer is running an older Intel CPU, it may get stuck in low-performance. So we don't recommend such computers to install the update but install the most stable OS Build 16299.64 or turn to the Cumulative Update KB4058258 (OS Build 16299.214).

1. Use shortcut keys Win + I to open Settings in Windows 10. 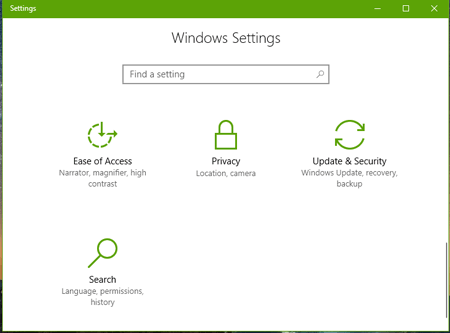 3. On the right side, click Check for updates. Windows 10 will detect the latest cumulative update and download and install it for your computer. 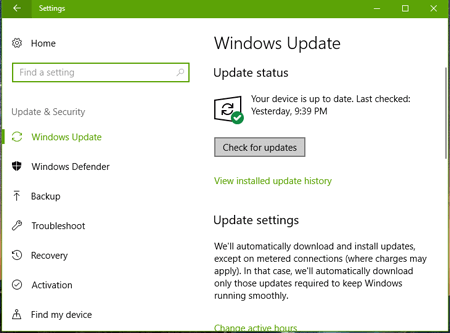 If you fail to get the update, you can also download it from Microsoft Update Catalog website and install it manually.

For computers with older Intel processors, installing the KB4048955 update is a good choice:

3. Install the update and restart to make the changes take effect.

After the upper or lower OS build install, your Windows 10 is now in a stable status. It is important to create a system restore point in case the PC runs into a similar problem again.

Also, if you've updated to KB4056892, you need to update the Windows drivers that compatible with the latest Windows update. If you've rolled back to OS build 16299.64, it is necessary to check drivers.

You can manually download proper driver updates from your PC brand official sites. But if you prefer a one-click solution, we recommend you use Driver Talent, which has been reviewed as the intelligent software by engadget. It provides the latest official or WHQL hardware device drivers that compatible with most of the Windows OS, including (32-bit or 64-bit) Windows 10 Fall Creators Update and its predecessors.

Here are 3 easy steps to quickly update your drivers:

1. Click the Scan button to detect if there are outdated or incompatible Windows drivers on the computer. 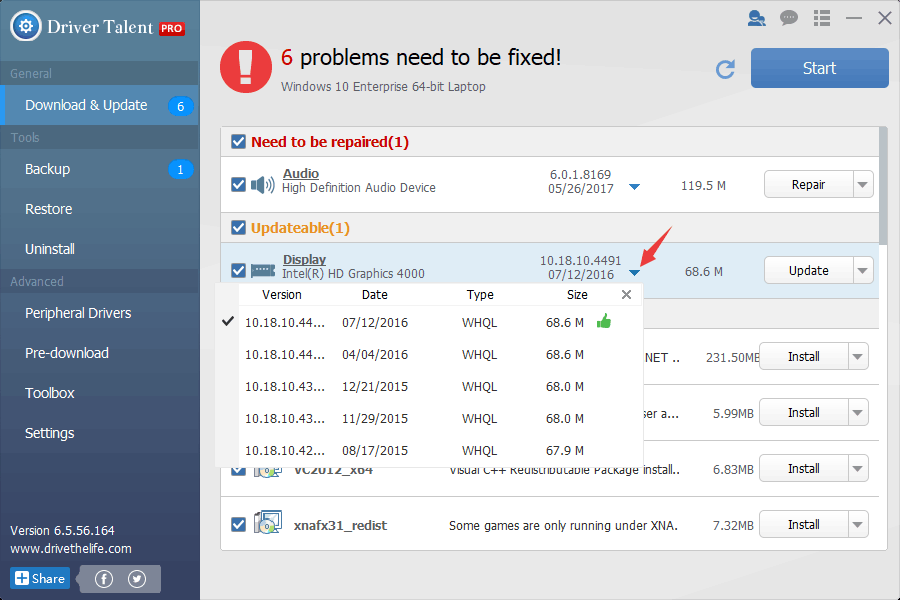 3. After that, restart the PC to make the driver changes take effect.

That's it. This is how to troubleshoot the error code 0x80070643 bug due to Windows 10 KB4054517 Cumulative Update. If you still fail to solve the "KB4054517 install failure", or if you encounter other issues after the latest Windows 10 updates, you can comment below or click the tech support menu on the left of this page for more help. Any other Windows 10-related issues please check solutions in Windows 10 section on this site.